All Dental History in 785 Words from a Dentist in Waco, TX 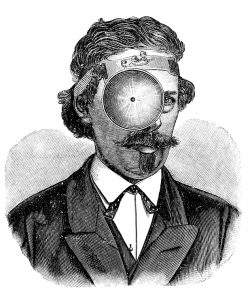 There always has to be someone to do a job first. There had to be the first doctor, the first construction worker, or the first writer. Most jobs are born out of needs created by historical societies as they grew and gained more resources. That means at some point, there had to be the first dentist. Who was this mystery person who was the first brave soul to study the mouth of another person? How did that lead to the dental practices of day? We’re going to start way back in time and show you how we ended up with someone like Dr. Cofer, a current dentist in Waco, TX.

Historians agree that the first dentist may have been Hesy-Re. He was a scribe in Ancient Egypt and died in 2600 BC. His tomb contains inscriptions that identify him as the first person ever described as a dental practitioner. Someone had to be first, right? The ancient Egyptians were also some of the first people to write about dentistry, like with the Ebers Papyrus, which refers to various tooth ailments and their remedies. Around 500-300 BC, famed historian and scholar Hippocrates and Aristotle wrote about modern dental practices in their day, referring to treatments of tooth decay and the extraction of teeth using forceps…ouch. Celsus, a Roman medical writer in 100 BC, wrote one of the first complete works on the treatment of teeth as well as oral hygiene. The approaches may have been basic, but these studies planted the seeds for modern dentistry as we know it today.

In this period of history, barbers were not limited to just cutting and styling hair and outrageous mustaches. They performed many services we would normally expect dentists and medical doctors to do, such as basic hygiene and minor surgeries. The red and white striped spinning pole outside of most barber shops today came from this practice, as it originally was a pole used to hold and air out bloody bandages. An official Guild of Barbers was established in 1210 in France. Basic dental procedures were part of what they were expected to provide. You could go to a barber for a haircut, teeth-cleaning, and even have your gall bladder removed if you really needed it. A real one stop shop! The first book to be written only about oral health came in 1530 by Artzney Buchlein. It was called the Little Medicinal Book for All Kinds of Diseases and Infirmities of the Teeth, because irony was Germany’s prime source of entertainment before Beethoven and the internet. It covered everything from basic hygiene to extractions and fillings. The Father of Surgery, Ambrose Pare of France, even included information about dentistry in his Complete Works in 1575.

The Father of Modern Dentistry is widely considered to be Pierre Fauchard. He was (once again) a French surgeon who was the first to publish a book that contained basic information about tooth anatomy, as well as multiple systems to be used for hygiene and maintenance. The first medically-trained dentist in America was actually an Englishman by the name of John Baker, who immigrated in 1760. Isaac Greenwood, the first American born dentist, was actually born that same year. His son, John Greenwood, would eventually become the dentist for one of the most famous sets of teeth throughout all history, those belonging to George Washington. You can thank Josiah Flagg, an American dentist, for the invention of the dentist’s chair. The American Journal of Dental Science, the world’s first dental journal, was published in 1839. 1840 saw the founding of the world’s first dental school, the Baltimore College of Dental Surgery. This is where the distinction “DDS,” or “Doctor of Dental Surgery” comes from. 1846 was a banner year for anxious patients as William Morton, Horace Wells, and Crawford Long all demonstrated the value of using ether anesthesia during dental procedures. Tube toothpaste, just like we use today, was first introduced to the world in the 1880’s, and the first dental assistant was employed in 1885. Willoughby Miller, an American dentist discovered the microbial nature of tooth decay, which lead to a world-wide movement of regular brushing and flossing.

Coinciding with the industrial revolution in America and going through World War II, the streamlined production of a variety of materials brought about the invention of many common dental devices today. These include:

Of course during this whole process, treatments and techniques were constantly being refined by dentists. Also many more schools of dentistry were opened around country as well as the rest of the world, further bringing accessible dental care to the masses.

This all serves to give us the dentist as we know it today. They can now address pretty much any dental issue you can imagine, and keep your smile healthy and beautiful for years to come. If you want to come experience a bit of this history, be sure to make an appointment with us today. We’re more than happy to talk about the history of dentistry while you are experiencing it.

Comments Off on All Dental History in 785 Words from a Dentist in Waco, TX

Sorry, the comment form is closed at this time.